This thread is dedicated to Finished Games that use Spine!

Please share any game that you have created using spine, and that you have published so that it is publicly available on this thread.

Please use the following template:

Summary
Provide a summary of your game and gameplay here. Include 1-2 screenshots.

How does the game use Spine?
Explain how your game uses Spine. Use as much detail and Spine terminology as you can, so that other artists and animators could understand what you've done and learn from your technique.

Where can I see the Game in Action?

Summary
Is a turn-based tactical RPG in which you control a party of four heroes. You follow their grim story as they fight against forces of ancient evil and try to protect the last human survivors, seventy years after the world collapsed in an apocalypse.

How does the game use Spine?
The game is seen through an absolute top-down perspective (no angle, not isometric, just straight down). All of the character and monster models are created with spine.

Each character has a unique Skeleton, and a Skin is used for every type of equipment combination that the character can have (for example, the Outlander has Skins called "1H Sword and Shield", "1H Sword", "2H Sword" and "Dual 1H Swords"). As a character changes armor or weapon, the Skeleton's skins are updated to show the right representation of the gear setup. Each Skeleton has the appropriate set of Animations that allow every Skin to do the big 4 - Walk, Stand around, Get Hit, and Attack. This creates a bit of a matrix with animations (the Outlander has 19 animations, ranging from "Walk" to "Walk 2H Weapon" and "Attack 1H Sword" or "Attack 2H Sword"). This setup of one skeleton to many Skins with matched Animations allows us to have a very malleable character model who can engage in a consistent set of animated on-map actions.

For monsters, every monster race (such as Ratkin) is generally represented in a single Skeleton. Each race variant (such as Ratkin Warrior, Bow Rat, or Vermin Shaman) are represented with a single Skin. The appropriate set of animations are provided that allow every creature to do the big 4 in an animated fashion - Walk, Stand around, Get Hit, and Attack. For example, the Ratkin Warrior and Bow Rat use the same Walk animation, but have different Attack animations.

Where can I see the Game in Action? 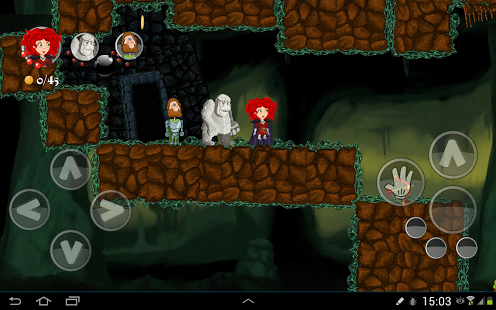 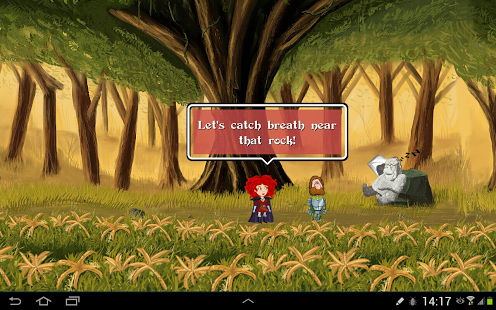 "Engaging puzzle platformer with adventure and arcade elements. Lead a wizardess, a troll and a knight on a journey home by jumping, collecting coins, solving puzzles, fighting monsters and interacting with funny creatures."
In short: it's a puzzle platformer with 3 characters inspired by The Lost Vikings. I'm experimenting on it with new solutions - trying to achieve something more like Rayman in the future (I know, it's not really posibble to achieve such greatness). Right now the game has 15 levels - but since it was not a success I'm not sure if I will update it or make a new, improved Lost Heroes 2 in the future, or just abandon it and make something more mainstream (one character only). It took too much of my time already.

Turned out it's REALLY hard to make a good platformer.

How does the game use Spine?
All characters/doors/monsters/coins are animations done in Spine2D. Spine2D animations are Actors in Scene2D from libGDX. I had to do some performance tweaking to achieve good frame rate - so animations only update when they are on screen, finished animations don't update etc. I'm experimenting with using bounding boxes in Spine2D as box2D bodies - to allow for Rayman style moving scenery, falling mountains etc. but it might be tricky.
The game has high resolution graphics and a lot of sprites on screen which causes some performance problems on slower devices.
I used Inkscape as level editor and Spine2D animations are placeholder images in Inkscape that are replaced by animations when I load the level from SVG.

Where can I see the Game in Action?
On Google Play: https://play.google.com/store/apps/deta ... lostheroes

Any feedback welcome on e-mail: <removed>

Hi.
i just updated my game bubblr - dummy in trouble to use spine.

How does the game use Spine?
- i use skeletal animations for my players.
- i use mesh animation for the ghost sprites.
- i implemented the shooting animation to only manipulate the upper bones so that the legs can move on in other animations.
- i manipulate the head bone directly during gameplay if the player is shooting a cannon. the head always looks in the direction where the cannon is firing at.

Where can I see the Game in Action?
- get your copy in google play:
https://play.google.com/store/apps/details?id=de.philweb.bubblr
- play bubblr on the OUYA