The Graph view allows the interpolation between keys to be customized. 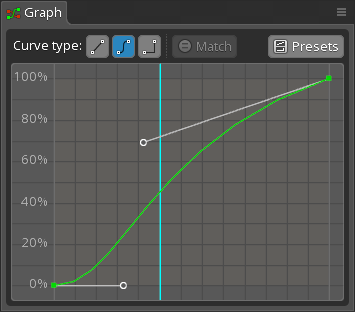 The colored line between the bottom left corner and upper right corner shows how the value changes over time from the selected key to the next key.

The Curve type determines how the value is interpolated between frames.

Linear is the default curve type and results in a linear interpolation between key values. This means the value changes at a constant rate when the timeline position moves from the first key to the second. 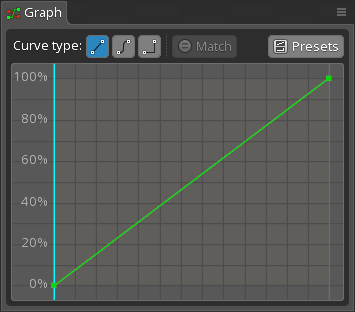 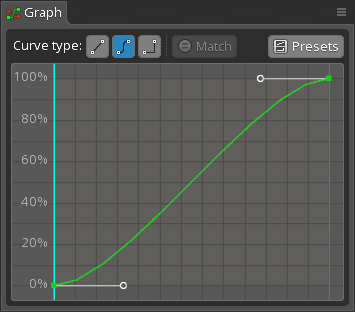 In the graph below, the value does not change much at first, then changes a lot as the timeline position gets closer to the next key. 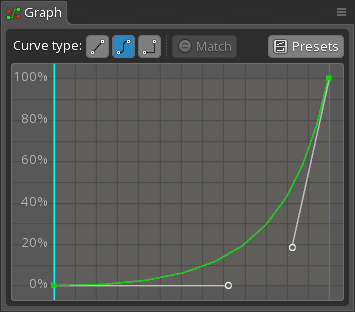 In the graph below, the value changes a lot at first, then changes more slowly as the timeline position gets closer to the next key. 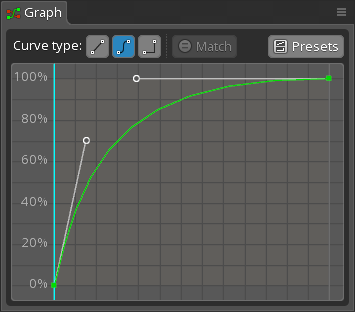 The Stepped curve does not use interpolation at all. The value does not change until the next key is reached. 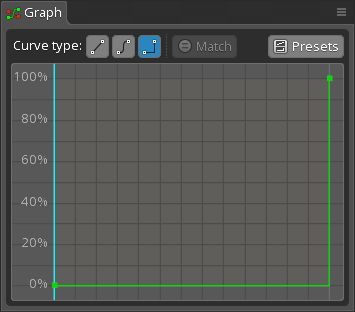 New keys normally are assigned a Linear curve type. However, if a key is placed between keys that are using Bezier or Stepped, then the new key is assigned a Bezier or Stepped curve type instead. When this is done for Bezier, the curve for both the previous key and the new key is adjusted to match the old key as closely as possible. This allows new keys to be added in the middle of an animation without losing the interpolation curves.

When multiple keys are selected, the first selected key is drawn as normal and can be changed, but the other keys are draw in gray. 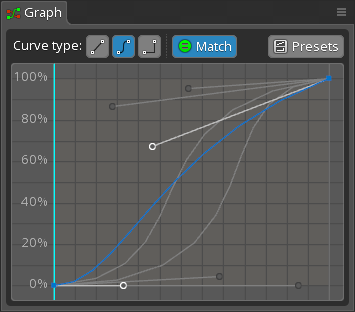 When Match is enabled, modifying the curve type or moving the Bézier curve handles will modify all the selected keys.

Selecting a curve in the Presets section of the Graph view applies it to any selected keys. While a preset is selected, changing the curve or curve type in the Graph view updates the preset. Presets are added and removed using the + and - buttons and may be renamed by double clicking the preset.