The Stretchyman project is an example of how IK, paths and weights can be used to create stretchy limbs with simple controls to ease the animation process. Below, we will focus Stretchyman's rear leg. The front leg is setup in the same way. 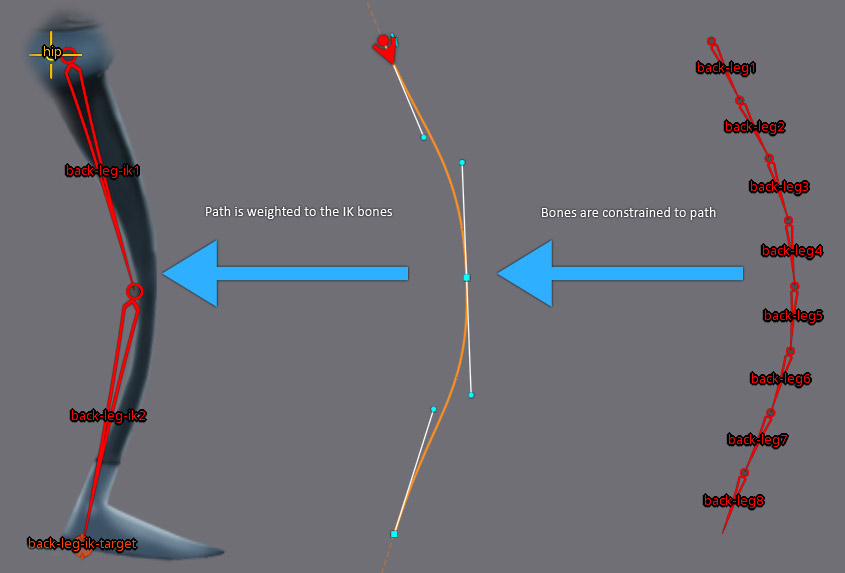 We've also enabled the Stretch property on the back-leg-ik IK constraint. Enabling Stretch scales the two IK bones so they always reach the IK target, irrespective of their original length.

Also attached to the hip bone is a chain of eight bones named back-leg1 to back-leg8. The length and placement of these 8 bones is controlled by the back-leg-path path constraint. The path constraint's Spacing type is set to to Percent, its value is set to 100 / 8 = 12.5. This ensures the bones always fill the entire length of the path. Each of the 8 bones on the path take up 12.5% of the path's length.

The Mix values for Rotate and Translate are set to 100 so the rotation and translation of the path is fully applied to the constrained leg bones. Finally, Chain Scale is used to ensure the bones stick as close to the path as possible.

The vertices of the path back-leg-path are weighted to the bones back-leg-ik1 and back-leg-ik2, as can be seen in the Weights view when the path is selected.

Since we're working with a path, we did not use Auto to generate the weights. Instead, we set the weights of each vertex and vertex handle manually. Using a little bit of weight painting, we ended up with this configuration: 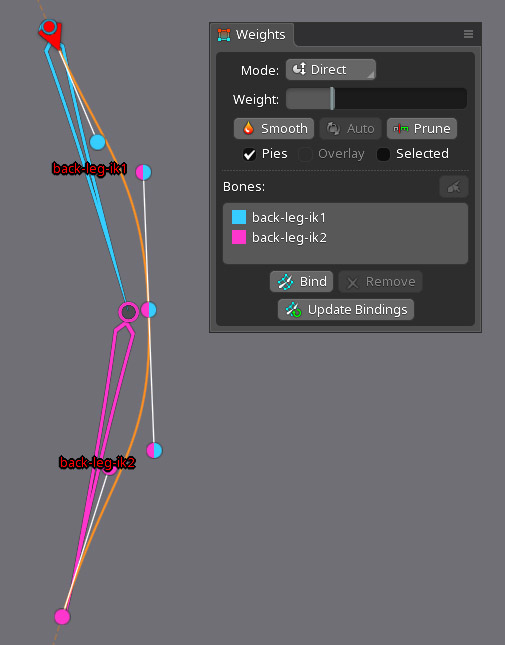 As the final step in the weighting process, we assigned weights to the vertices of the mesh representing the leg. The mesh is weighted to the bone chain back-leg1 to back-leg8: 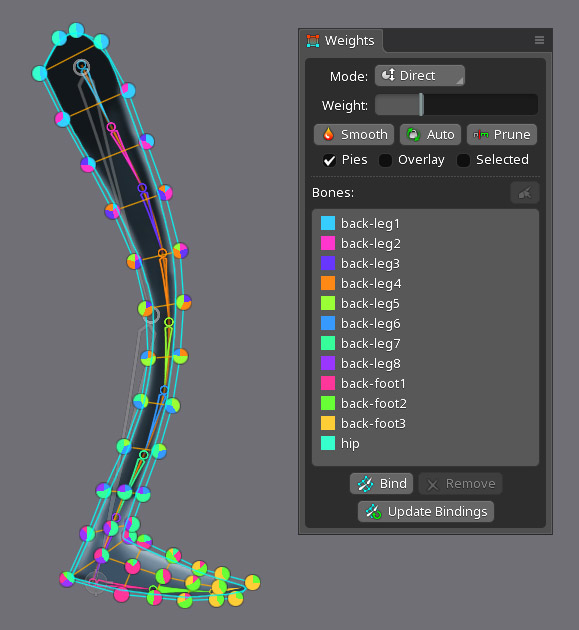 Moving the IK target after this step now also deforms the leg mesh according to the weights.

While animating the leg by moving the IK target bone is already very flexible, we can add even more control by deforming the path vertices.

In Animate mode with the sneak animation selected, we can see deform keys at frames 43, 45, 47, and 50 for back-leg-path. These keys make it appear as if the leg folds up a bit once Stretchyman pulls the leg toward himself. 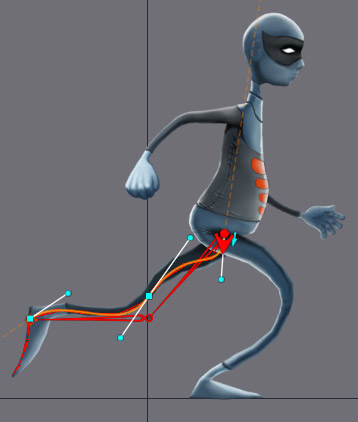 You can view the final sneak animation in the player at the top of the page.